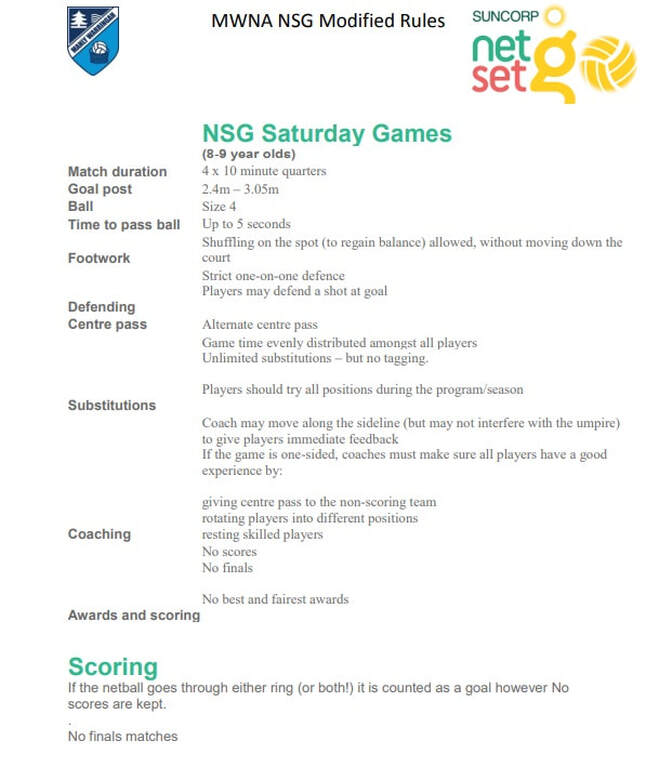 Parents Roles and Responsibilities
Before the game
• You don’t need to tell your child that winning doesn’t matter because they know it has some meaning. Instead, help them to develop a healthy competitive attitude for trying hard and having fun
• Tell your child to “go for it, give it your best shot and have fun” during the game

During the game
• Don’t yell instructions at your child during the game. The coach has given them instructions and their teammates are also calling out to them; too much input is confusing
• Cheer and acknowledge good play by both teams
• Never criticise a mistake, only make motivational comments
• Respect the decisions made by the officials. Your child will learn to respect authority by seeing you do the same
• Accept the decision of where your child may play during that game. All participants will play in all positions during the season

After the game
• Thank the officials and the coach
• Congratulate your child and their teammates on their efforts
• Compliment individual players on good plays they made during the game
• Focus on the way your child played rather than winning or losing
• If your child is upset with losing, help them not to focus on the outcome

During the car ride home
• Point out a good play your child made during the game
• Avoid criticising or correcting mistakes
• Ask questions like:
* What was fun about netball today?
* What was something you did well today?
* What did you learn from the game?